Hustle's Executive Producer, Jane Featherstone, is joint managing director of Kudos production company, which produces Hustle and is also responsible for the hit drama Spooks. Her other production credits include the dramas Glasgow Kiss and Touching Evil, and the film Pure with Keira Knightley.  Simon Crawford Collins, Producer of Hustle series 1 and Executive Producer of series 2, began his career as a Location Manager. His other production credits include the dramas Oktober and Spooks and the film An Ideal Husband with Rupert Everett and Cate Blanchett. We put some questions to Jane and Simon about Hustle and their experiences of producing drama.

How did the idea of Hustle come about?

Jane: We were shooting Spooks at the time and the director, Bharat Nalluri and I often shared a lift home as we lived in the same area. I was looking for the next big series idea and asked Bharat if he had any thoughts. He said he'd always wanted to do something about con artists. I immediately thought this was a fantastic idea as I'd always loved con movies. The very next morning I got in touch with the writer, Tony Jordan (creator and story consultant of hugely successful soap EastEnders), who Kudos were working with on another project. I guessed it might be right up Tony's street (you better ask him why?!) and indeed he leapt on the two word pitch. We then took the idea to Gareth Neame (Head of Independent Drama Commissioning) at the BBC, who was also our executive on Spooks. Gareth said yes to the idea practically before I'd finished the sentence and the development began. Tony went away and watched and read everything he could about con artists, and developed the stories and characters you now see in the series. Five months later we had a green light and quickly got Simon Crawford Collins on board. He'd been producing Spooks for us and we knew he would be the perfect producer for it.

Simon: Bharat Nalluri and I were both children of the seventies, brought up on shows like The Persuaders, Mission Impossible, Starsky & Hutch. We wanted to bring the style and unapologetic entertainment values that these shows had into the modern world.

Was there inspiration from Ocean's Eleven and recent con film Confidence? 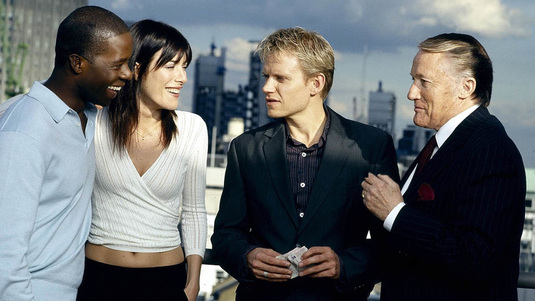 Jane: Ocean's Eleven was on around the time Bharat and I first spoke, and I think it helped to inspire us, but really we took our inspiration from a whole catalogue of movies and books looking at this area. Importantly we wanted to make something that had the energy, verve, style and pure entertainment value of those sorts of films, as well as TV like The A-Team (and actually I'd also just watched The Matrix and thought the 'time freezing' element might work for us too). Tony took his inspiration from the world around us as well and chose targets he had a bit of an issue with - for example, banks and big business.

Simon: Certainly we received a lot of inspiration from the tradition of great American con films, epitomised by The Sting and Ocean's Eleven. The key to the enjoyment of these films is how comprehensively you side with the con men. They have good reason for what they are doing - and their victims are shown to deserve what they get. These con men have their own inviolable code of ethics and they wouldn't hesitate to put themselves in danger (or out of pocket, for that matter) rather than put an innocent person at risk. For me, Confidence doesn't quite have the same elements of humanity and charm - you don't side with the confidence tricksters as much. It was a very clever film, but when your characters get too clever they can run the risk of being just a little too smug.

Is there a concern that Hustle might be glorifying crime? 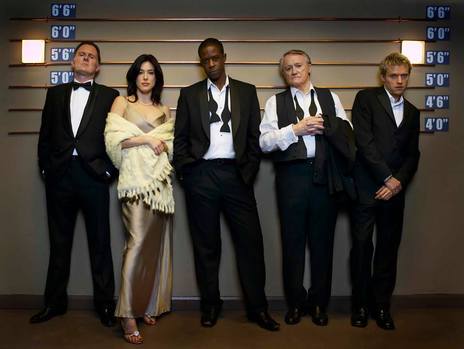 Jane: Hustle is an entertainment show, pure and simple - it doesn't exist in an entirely real world and I think the audience are sophisticated enough to understand this. Our team only ever target marks who are deserving because of their own greed or arrogance and I think the audience enjoy seeing them and large multi-nationals get some comeuppance now and again.

Simon: No, Hustle is a world apart from the reality of modern con men. Our characters are not in the business of tricking defenceless old grannies out of their life-savings. Indeed when they learn they might have made an error of judgement - they are mortified and swift to take action to put the natural order back to rights. The "marks" they target are given their just comeuppance. The characters in Hustle are effectively a resurrection of the great con artists of the American depression. Their mantra was "You can't cheat an honest man".